Slicked back hair, gold necklace, and some famous hamburger meat peeking out from a Versace button up is the exact character you would expect to find behind the wheel of the Maserati GranTurismo. Correct?  Well not exactly. Recently Maserati has expand their audience, which now includes: trophy wives and 60 year olds thinking their manhood is about to stop working. Aside from the funny characters that drive the GranTurismo, Maserati has actually made a semi reliable fun Italian sports car. Don’t worry this isn’t the Twilight Zone, with the Gran Turismo, Maserati now has the ability to compete with the likes of Porsche, Bentley, and others.

The GranTurismo debuted in 2007 and while it carried the same engine platform from the Quattroporte, it was the sexy design that caused most to drool and leave their spouses. How did Maserati accomplish this? They employed the trend setters of automotive beauty, Pininfarina, to design the GranTurismo’s elegant body. Maserati made few missteps with the GranTurismo, the biggest being the lack of power. Under the sleek and sexy skin of the Maserati was a Ferrari derived 399 horsepower 4.2 Liter V8. Now 399 horsepower might seem like a lot but those ponies had a tough time dragging 4150 pounds of sexiness around. This was the one major criticism the GranTurismo faced. It honestly didn’t matter because once you heard the engine note everything you once held dear was lost to the glorious engine note of a Ferrari V8. Even if the sounds of this amazing car were not enough to sway your opinion on horsepower, Maserati offered a 4.7 Liter V8 in the GranTurismo S model in 2008.

Over the years Maserati continued to up the ante with their engines. The GranTurismo S model was fitted with a 4.7 Liter V8 that pushed the horsepower up to 434 from 399. Next the GranTurismo Sport and MC Stradale were outfitted with the same 4.7 liter V8 but again the horsepower was increased to 454. This attracted a different type of buyer, the track enthusiast. 0-60 was accomplished in 4.5 seconds and the thunderous V8 could carry the overweight ballerina dancer to 190mph. This meant the MC Stradale needed to perform at a high level and offer a transmission worthy of the Ferrari derived V8.

The GranTurismo debuted with the same transmission as the Quattroporte, the six speed ZF automatic transmission. This was nothing to get excited over as the GranTurismo is supposed to be the ultimate grand touring car, which means no heel toes. The six speed automatic is built on the fact there is a normal manual transmission hidden deep within its belly and when you decide to flip a paddle you must wait until the transmission gets back from the bathroom to change gears. Expect a great lurch forward as the gearbox decides whether you meant 3, 4, or 5.

As for MPG, do we really care? After all this is a V8 Italian GT car, which means if you’re lucky you can manage 18mpg out of the GranTurismo. In all the engine and body is what you buy the GranTurismo for, not for darting around the track but for cruising the French Riviera, after all it is a GT car. The GranTurismo has with stood the test of time. It can hold its own parked on the streets of Monte Carlo even if it is a nine year old car. Some might hate me for this but I would almost get a GranTurismo in convertible form just to better hear that addictive V8 while cruising the French Riviera. That may cause unrest to most car enthusiasts but the GranTurismo was never designed to smash records at the Nurburgring. If you happen to be a track rat but appreciate the finer things in life the GranTurismo MC Stradale is the model you want. Deep down your 6 year-self begs for the GT inspired track animal. The MC Stradale offers three settings, normal, sport, and race. Never mind the first two settings, immediately switch over to race, you will never regret it. The MC Stradale is Maseratis swan song; it is the upper crust and what every car enthusiasts inspires to drive. The combination of elegance, power, flare, and stability make the MC Stradale a car to lust after. Driving one is a bucket list type of experience; you will never forget it like you never forget your first kiss.

Even though the GranTurismo is amazing, taking the Italian thoroughbred to the shops might seem like a nuisance. The gearbox is sluggish and the power band does leave you desiring more. With a hundred thousand dollar price tag when new, that might leave a sour taste in your mouth, but in the end the sheer beauty will always make you forget. Trust us when we say, sell the house or a kidney, do whatever it takes but make sure you spend time behind the wheel of  GranTurismo MC Stradale. 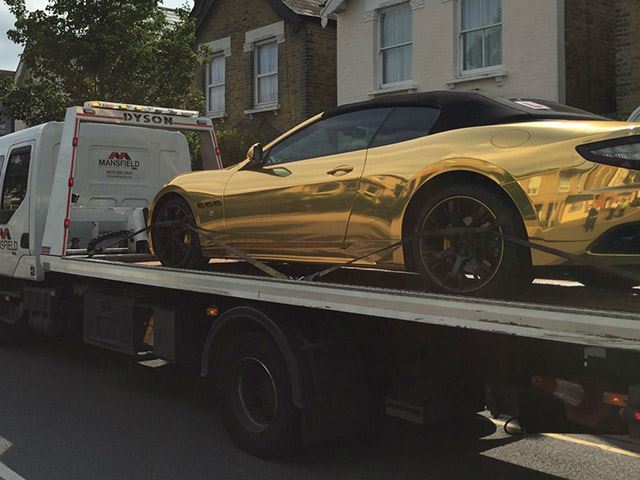 Do you really care about maintenance and issues when you are drooling over the GranTurismo? Ok so maybe you occasionally want to drive it, that means money immediately leaving your wallet. Now it might now be as bad as other exotic Italian cars but it’s still Italian.

As for the engine, don’t expect too many problems but the occasional oil leak has been reported to occur. Oil typical leaks from the upper and lower front covers. Engines are Ferrari based and generally quite robust, but crankshaft oil seals and cam covers can leak oil. These are not a big issue to remedy. If the engine is not running smoothly, it could point to a faulty air-flow meter. Along with the occasional oil leak the GranTurismo did experience electrical issues. Don’t be afraid, every Italian car experiences electrical issues, is part of the ownership experience. When the GranTurismo is low on voltage, they fail self-tests that are performed on startup and can report a whole bunch of erroneous failures including: System Not Programmed, Suspension Failure, ABS Failure, ECU Failure, TPMS Failure, and others. So the main point, keep the battery charged or on a battery tender.

As for other electronics, the radio and navigation screen decided it would be funny to shut off randomly and leave you without your favorite tunes and the directions to your favorite Italian restaurant. As for visible items take a look at the leather covering the rear of the center console right above the air vents for the rear seats. The leather is very thin and is prone to developing small tears. Also, take a look at the rocker panels. It seems that some early models had a problem with warping in the rocker panels.

Recalls are a natural process of owning a GT or exotic car so be prepared to have it recall checked. The Maserati did experience a suspension recall over time. However due to the relatively high weight bushes and shock absorbers do wear out frequently. The Skyhook shocks are also pricey, so make sure the system is operating correctly. With any vehicle of this caliber please get a pre-purchase inspection and to verify all recalls have been completed. While the GranTurismo dropped jaws and the occasional panty, the inside left you puzzled and wondering how to change the time or radio station without chop sticks. The GranTurismo’s cabin lacks the sense of occasion or the delicacy of a hand-crafted Italian automobile. The heating and air conditioning controls can only be controlled by Maserati’s Italian engineers but everything works and is where it should be and the fit and finish are beyond reproach. While I’ll gladly trade character for reliability there is no excuse for the GranTurismo’s non-supportive seats, nasty plastic steering wheel airbag cover and anodyne gauges. The similarly priced Quattroporte is a far more convivial place in which to cross continents. In the end I am nit picking and the GranTurismo is truly an automotive master piece both inside and out.

Maserati made sure to attract a wide range of people, from trophy wives and mobsters to actual car enthusiasts. The GranTurismo was produced in several different models including: Since its release the Maserati GranTurismo has taken a large depreciation hit. This is good news for the cash strapped buyer but also means to watch out for high mileage models. Pricing the GranTurismo is actually semi tough, meaning you can not compare it to a Porsche 911 or Bmw M6 as both appeal to a different crowd. The GranTurismo at heart is a GT car where the Porsche 911 and Bmw M6 are geared towards the track. When looking at buying a GranTurismo we advise to buy a model between 2013 and 2014. By this point the Italian engineers came back from their lunch break and fixed the issues plaguing the first models. Though the more desirable GranTurismo to own from a hacking stand point would be an MC edition as they retain their values better than regular or Sport models. Remember these are Italian GT cars and need to be properly maintained. Swinger: $45K – $55K, might have been owned by a real housewife of Orange County and a few mobsters, be careful.

Dumpster Fire: $30K – $40K, just stay away and relieve yourself of the headaches it will cause. 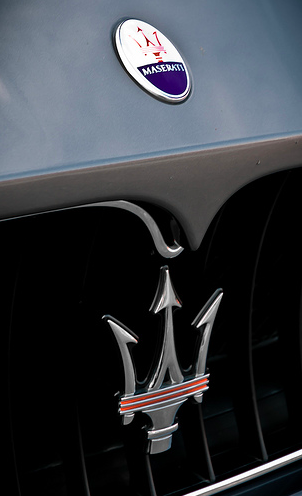