Taking A Blu Bet on my New Lamborghini Performante

You may be wondering why I spelled blu without an E and while you would be correct to assume its lack of formal education, especially since my plate says NO DGREE.

The truth is it’s because that’s how the italians spell Blu Glauco, the unique $10,000 paint option from Lamborghini Ad Personam division that made me my unbelievably beautiful, first-of-its-kind, 2018 Lamborghini Performante.

You may have remembered that I hated my original Huracan based on the cheap plastic interior and exterior features that really cheapened the Lamborghini brand.

While I enjoyed the engine, suspension and overall dynamics, I couldn’t stand the car but thanks to Exotic Car Hacks, my ownership was short-lived and not a costly one.

I recently was received with a lot of criticism for not only buying a car that I previously called a giant piece of shit, but also because this is now my 3rd brand new car in the last 12 months, which is something that I consistently speak against in every single one of my webinars or training videos.

In the last 12 months, I’ve been testing the market to understand if it is indeed possible to hack new cars as much as used cars.

So my sudden urge to buy new cars doesn’t come from a need for certain cars, but rather to research how the market changes despite 3 very distinctive ways to buy new. I won’t lie and will say that new cars smell better and choosing options on a car just like you want is equally cool, but I will say that it still seems costly regardless that you are buying right or not. It’s almost impossible to beat the depreciation schedule even in some rare instances. More to come on this later.

The new Perfomante is striking in design, replacing 90% of all plastic inside out with Carbon Forged Composite that gives the car a $1M dollar look. The engine also feel, drives and acts very different than the base model car.

It’s an experience from the moment you sit in that is comparable to experiencing a hypercar for the very first time.

If you have ever considered a Performante, here are things you should know.

The Engine: It’s fast. Much faster than the Huracan and the modes on the car works very well. Everything from a better exhaust note as you choose modes to actually having a lot more power on hand. It’s fast, loud, and very controllable making everyone feel like a race car driver. The Interior: While the overall cheap interior feel and plastic is gone, the interior is still very unfriendly with odd button placement and hard to reach menus. The alcantara look with contrast stitching is a must ($800 option) and so is the stealth dark shadow option ($1900) which turns all silver knobs into dark black knobs.

I also recommend opting out of the alcantara steering wheel as it will show wear much faster and can be chosen as leather for no additional cost. The cup holder option is also nice ($1000), but I chose to omit that to not encourage anyone from drinking anything in the car.

Comfort seats are a must in every way possible, as the race buckets available on the Huracan are now standard performance and are some of the worst positioned and most uncomfortable seats of their kind. Absolute garbage.

The Exterior: Most of the plastic has been replaced by incredible forged carbon giving the car a very design specific look as if it’s sporting a marble slab on its front and rear bumpers. I recommend opting in for the branding package ($2500) that makes the entire plastic elements of side skirts and front and rear valances to be painted gloss black rather than matte and no longer appear plastic.

Not many options are available on the exterior of the car as all of it is standard including a redesign rear engine bonnet that is striking in design and functionality, but you can pick your color and delete the italian flag from the side ($750).

I chose an Ad Personam package for the $10,000 Blu Glauco paint option while most colors are available as $3000-$5000. Crazy colors seem to attract people more with this trim of a car.

Wheel options are center lock 5 spoke wheels for $5K, or 5 lug mesh wheels for $8K. Either ways you can’t go wrong but keep in mind that very few shops have center lock tools to help you in case of a flat tire.

While many opt for this option, I personally would have preferred the mesh option despite the 5 lugs. I think the design is more fitting and exciting, but the general public often disagrees with me and prefers the centerlock design. The Suspension: Suspension options are 2 basic folds. The factory Huracan or the improved Magnetic ride ($4000) which apparently does help in absorbing shocks and more, but in my case I opted away from that due to the need to lower my car and apparently magnetic ride means having to custom create springs that are costly.

The other element in suspension is this $3000 option called Dynamic Steering that has very few raving. Dynamic steering changes the firmness and feel of the steering wheel when you select different modes giving you the best version of a race Huracan in corsa mode and the natural OEM feel in strada mode.

People have complained vastly that going to cross with this option will make the car very difficult to drive in the street meaning that you can’t simply put in that mode for show factor or some spirited driving without going all in.

That said, I opted away from this option from a real standpoint ONLY. I would have loved it, but many complained and so I looked away from it.

The Cost and Resale: My Performante was stickered at $318,590 making it an average load car simply because $10,000 of that was due to the paint alone. The majority of cars on the market will balance out between $320K and $330K depending on options and some dealers asking $20K over on cool color models.

Values based on my software show the car going to the $245,000 range within 3-4 years especially as more mileage cars hit the market in the next 12-14 months.

While production is limited, it is anticipated to be almost double the amount of cars that Lamborghini previously created from 2011-2014. That didn’t hurt the Huracan too much either despite production numbers being claimed to be 3X that of the Gallardo cars.

I anticipate a loss of $20,000 for every 2500 miles driven, but again the special colors will always bring more money to the table, but not always faster. 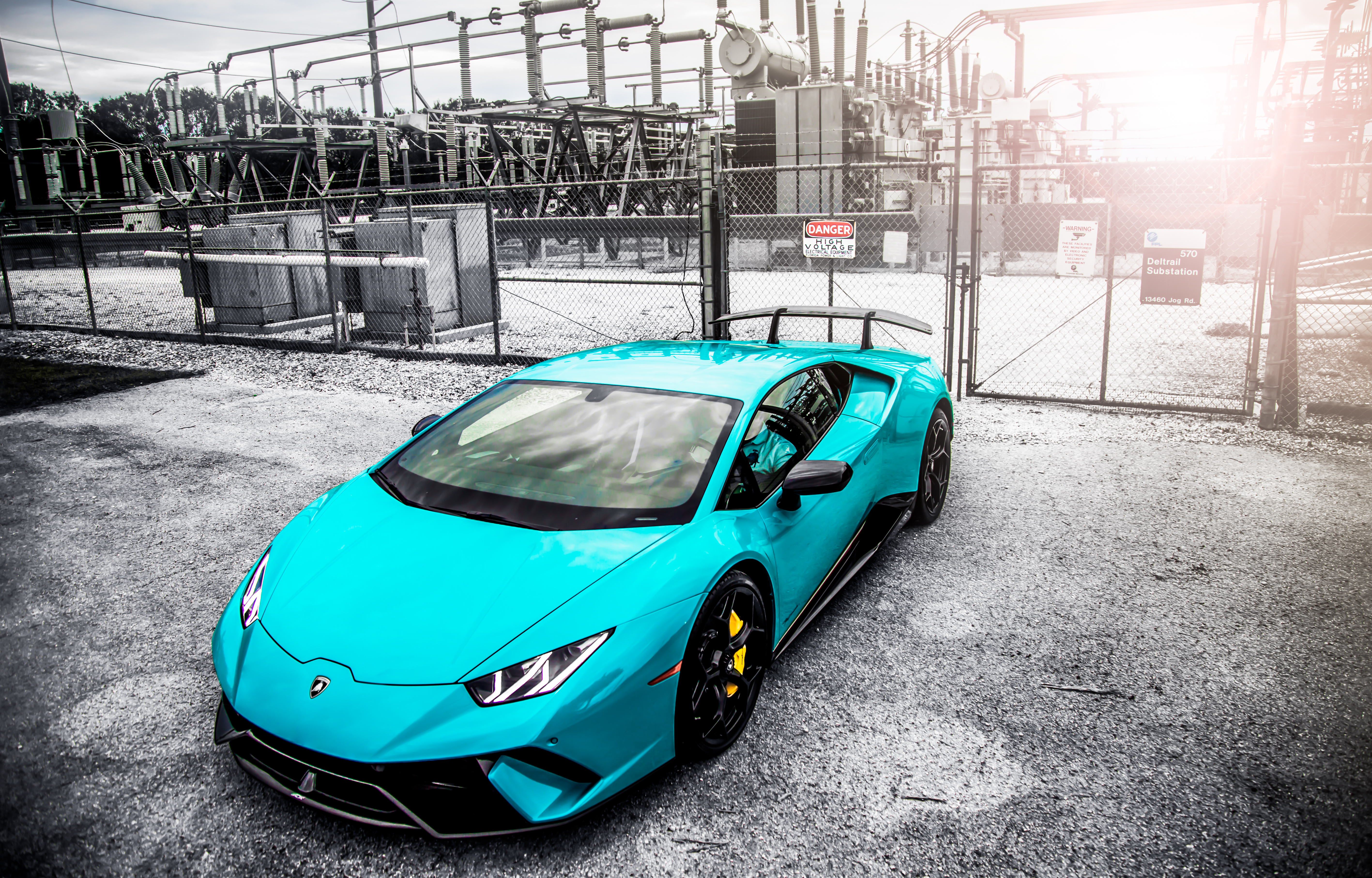 In conclusion, I really appreciate the fact that Lamborghini was now able to bring together a perfect version of its Huracan for only $40,000 more. A small amount to pay for perfection all around.

While I appreciated the Huracan, I felt its serious disconnect from the idea of Lamborghini, but this car brings that back and more and for that reason, I don’t think it will depreciate harder than the Huracan, but rather slower.

Consumers have too many choices in this $300K+ segment and for the first time ever, I think lamborghini has now given them a viable choice that is not just focused on the idea of a badge or emblem, but rather on a high quality and capable car that is emotionally connected to the road and the driver.

As far as for me, I am not only enjoying this incredible experience of owning such a unique car but from a resale standpoint betting on the color Blu Glauco as much as people still are paying $60K over sticker for a Mexico Blue Porsche GT3RS.

Crazy colors have a more discerning customer and for that, only time will tell if I was right or perhaps delusional about how to spell Blu.