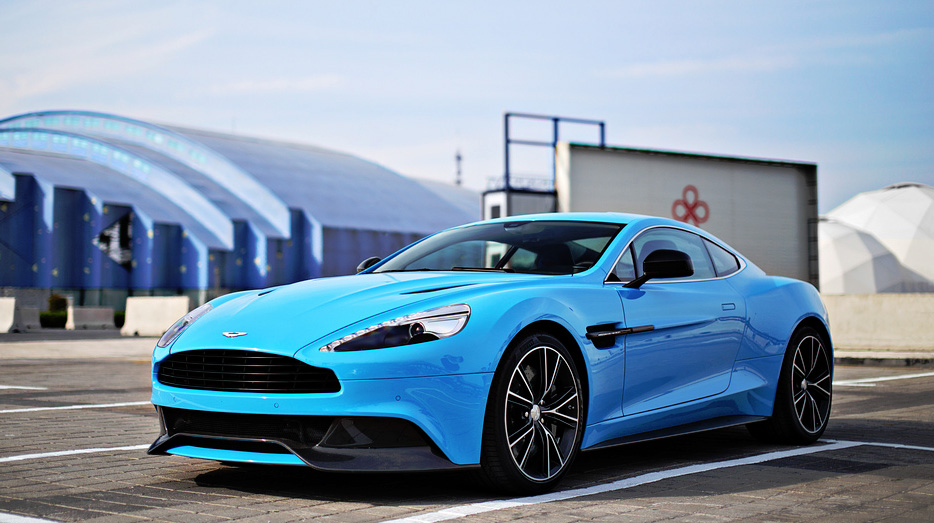 In my recent article regarding automotive depreciation and why it never makes sense to buy new, I broke down the four critical concepts that push down automotive pricing showing you why you automatically lose 30% the moment you leave the car lot, and why leasing is even worse.

While those core principles hold true for most cars, there are a couple more reasons as to how and why exotic cars depreciate that are unrelated to common cars out there.

After having bought and sold now over sixty of my own exotic cars, I have not only learned quite a bit on how to lower the ownership cost of any exotic, but I have also mastered the concept of buying, selling and trading exotics to the point that I can make money off each exotic rather than lose it.

In other words, a car that is ten years old with 60,000 miles is considered a lower mileage car for its year, but exotics don’t work that way and don’t factor in time-to-mileage.

Instead, there are timeless mileage tables to use to determine the miles driven, even if a car is ten years old as many Ferraris and popular Porsches in the secondary market are.

Please keep in mind that this typically applies to cars that are no more than twelve years old as classic exotics do not follow this rule either.

While there are exceptions, of course, most modern exotics fall into these categories and at each checkpoint the depreciation kicks in and lowers the selling price.

The key to not falling victim to mileage depreciation is buying and selling a car while it’s in the same range.

For example, you buy a Porsche 911 Turbo S with 10,000 miles and sell before you hit 15,000. This means that the market perception will not have changed much between those two scenarios.

It is understood that you don’t just pay asking price and use this strategy I teach to understand and lower the asking price by about 15-20%.

Marketing: Are you buying the hype or the product?

This is the reason today’s modern exotics depreciate almost $100k within the first ten minutes you leave the dealership.

My new Aston Martin Vanquish was almost $360k new. It was worth $240k the moment it was sold from the dealership, ended up at a used dealer at less than six months old, less than 800 miles, an asking price of $239k, then was bought by me for $207k.

So why did the car depreciate so much despite only having 800 miles?

Why does the new Huracan depreciate $80k in less than twelve months?

The answer is simple.

The new exotics that depreciate the most are the ones whose cost is inflated by marketing rather than production. This gives dealers bigger margins and allowing them the authority to lower such margins in order to move product.

This also means inventory that was sold will suffer as a result of leftover inventory and when dealer lots have excessive inventory, the law of supply and demand kicks in and prices decrease significantly.

Let me give you clear examples: My new Aston Martin Vanquish was launched in 2014, but is it really a newer version than its DBS predecessor. Same transmission, same engine, a newer body style and more carbon fiber.

Even then, most of its components are shared with its counterpart, the DB9, which was released in 2012.

This means that while the car is the latest and newest, it is nothing more than a re-engineered older car, which begs the question, “Why is it worth so much more than its past counterparts when it’s the same car with a similar constructed body in a different shape?”

The reality is that it is not which is why it drops so hard. The margin is in the marketing, not in the product.

The Huracan, while attractive to most, is a cheaper version of the Audi R8 V10 Plus which has the same transmission, engine, better carbon fiber and electronics all together. I talk about it in this video on my YouTube.

So why does the Huracan – an inferior product to the R8 – not only cost $100k more, but also doesn’t even live up to the same quality as its younger sister?

The answer once more is the margin is in the marketing.

Whenever the margins are in the marketing, not in the product, there is more room for dealers to lower the costs of the cars to move inventory and not lose money.

Look at the McLaren 650S. Once more, a similar car all around to the McLaren MP4 with revamped headlights and bumpers.

Does that warrant an extra $50k? Probably not.

The new McLaren 570S, on the other hand. While a newer product, a fresh and new platform for the manufacturer and at a lower price point leaving much less room for the marketing and more for the product.

This means even deal discounts are highly limited to much smaller percentages and a slower depreciation schedule – no different than the R8 we mentioned above where more money goes into the product rather than marketing, unlike the big sister Lamborghini.

Warranty: Most people fear owning exotics out of warranty and if we were living in the 90’s, I would be right there next to them.

This is thanks to technology and the fact that most cars cross use parts, such as using BREMBO (the brake company) to make most brakes and using the same parts on more than one exotic meaning that the parts they use on a Lamborghini is usually the same they may use on a Dodge Viper or Aston Martin.

While they share different part numbers, the part is the exact same thing.

Along with the many tricks I teach you in my course to substantially lower the cost of repairs and maintenance, found here, means that you do not need a warranty on most exotics today, but rather just have in order to make sure you do a good checkup using our PPI list.

Even though we teach all this, many people are unaware of these facts and still rely solely on their dealer network, in and out of warranty, making every repair very expensive which is why exotics depreciate even more when out of warranty.

Solely because the amount of people interested in exotics diminishes by as high as 60% when dealing with cars out of warranty.

This means you are marketing to a smaller pool of people who are price aggressive and understand the idea that they may have to invest cash over the years to keep the cars running.

Exotics out of warranty sell for 10% below their counterpart under warranty as long as the car has at least six months of factory warranty or CPO left. No aftermarket warranty counts here, only real, and relevant factory warranty.

Condition: The last major piece that plays into exotic car depreciation is the condition of the car.

There is a such a huge difference between each and every exotic when it comes to options and colors that it already makes it difficult to compare each car, even if they are the exact same model.

On top of that confusing model, there is also the concept of condition. Exotics are known to be cars most garage-kept and cared for. So, because of usage, cars deteriorate a bit faster than normal cars.

Finer leather, more sensitive plastic or glass buttons, and carbon galore means that usage, the sun and just about everything else hurts the condition of these cars.

The main things are the leather condition and if there is any peeling; the control buttons and if the writing on them is faded or if the buttons get sticky from being left in the sun.

There is also rock chips and basic maintenance like brakes, tires and more. These things can typically add up to thousands or tens of thousands meaning that you need to account for them in the pricing of the car.

The last and most important depreciation aspect when it comes to condition is if there has been any paint work.

From basic repainted bumpers, all the way to minor or major accidents. Any and all of those aspects play a significant role in the pricing of an exotic car with minor crashes lowering the pricing over 10% and finally larger accidents as much as 30%.

Exotics depreciate, but at some point, they stop depreciating from time and instead depreciate based on these four criteria.

This opens an incredible opportunity for you, as the buyer, to be educated and use the strategy found here to buy yourself the exotic of your dreams at a fraction of the cost and be able to drive for free for over 12 months – and even make some money along the way.

I’ve bought and sold many cars that I could have kept for over ten years and still made money as a result.

Please stop losing money on exotics going forward, and learn the better way to drive and enjoy exotic cars for fun and profit.